To be used with Protocol 4 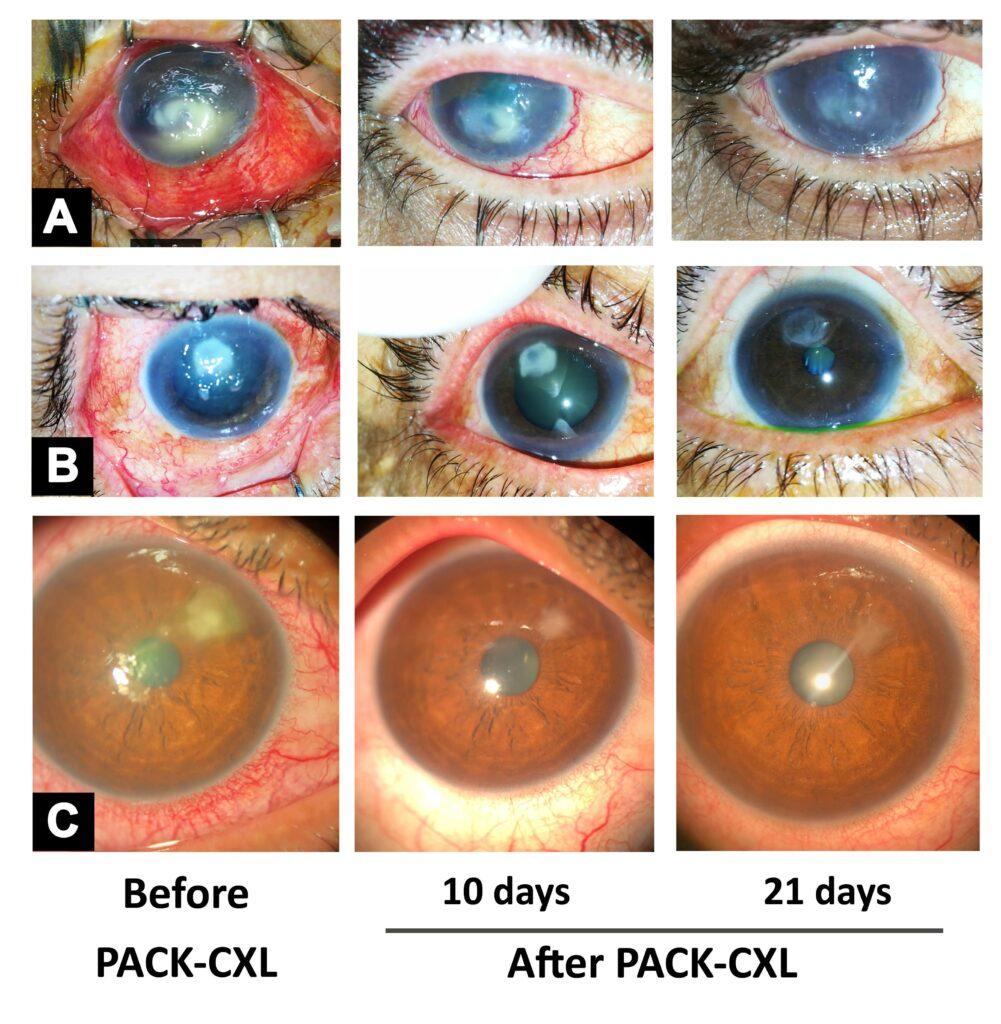 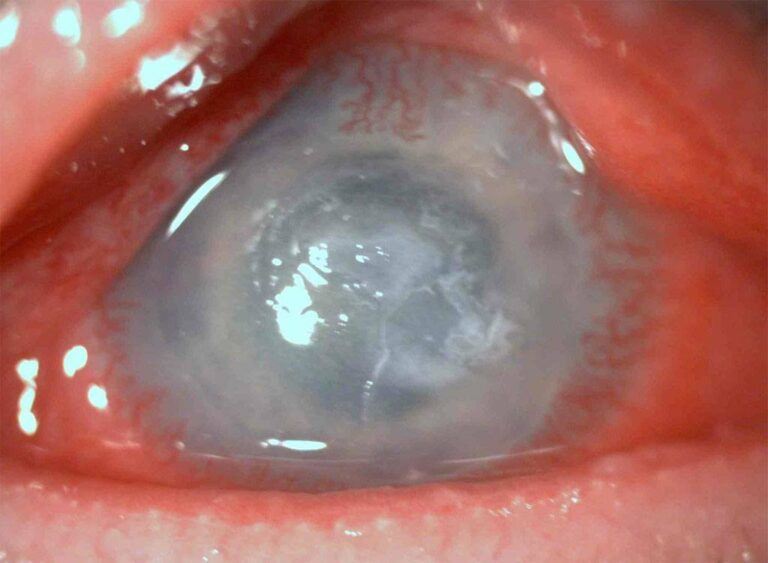 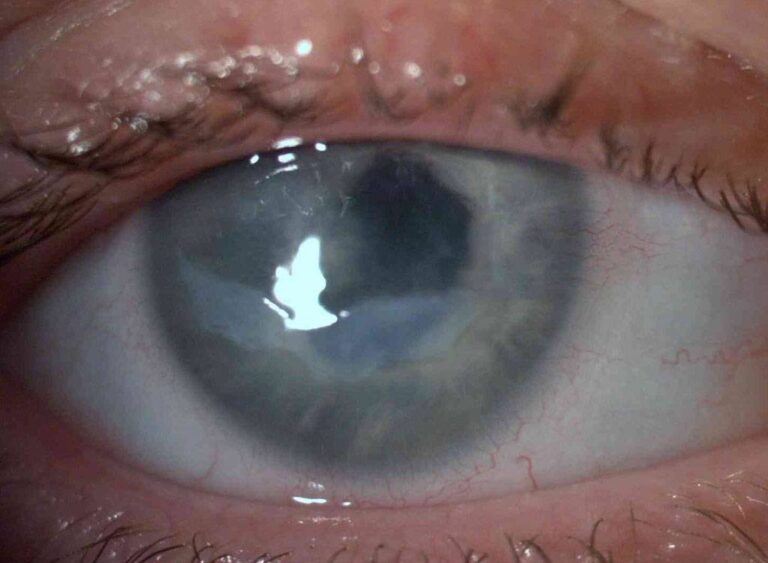 The next step was to look into even fluences higher than 5.4J/cm² and as you can see here in the paper published by the Kling/Hafezi Group in 2019. The higher you go with the fluence, the more effective you become. These accelerated high-fluence settings were used in the prospective multicenter randomized study and we saw that PACK-CXL was just as efficient as medication alone. The recommendations are to perform PACK-CXL in accelerated high-fluence mode, which is Protocol 4 of the C-Eye device, currently using 30 mW/cm² for 4 minutes. Use it for all ulcers of bacterial, fungal and mixed origin, but do not use in suspected viral or acanthamoeba keratitis.

Basically, you can perform PACK-CXL in the sitting or in the lying position, but it does involve a partial epithelium-off procedure. You should use high-fluence accelerated cross-linking, which is Protocol number 4 of the C-Eye device. You apply the Ribo-Ker riboflavin solution for 10 minutes and irradiate the entire cornea. 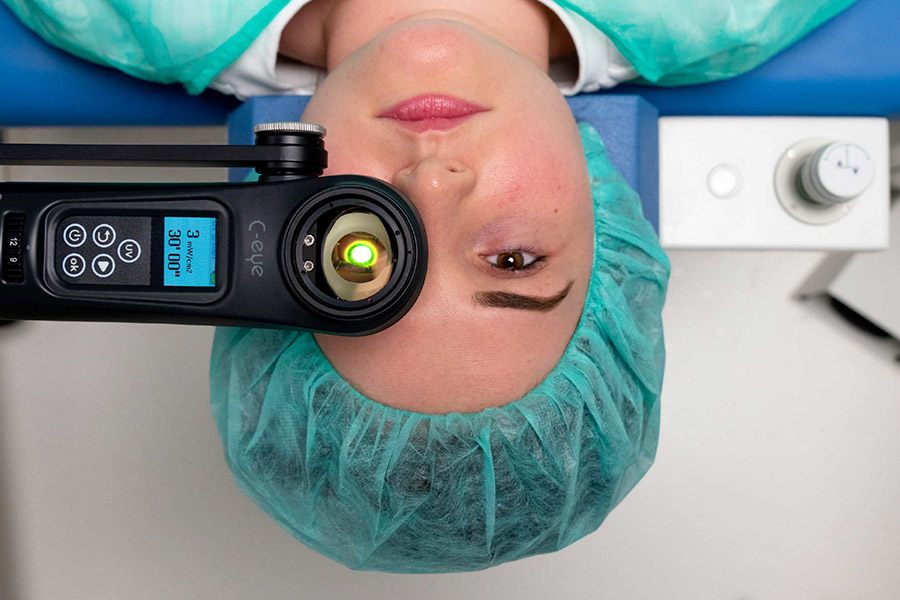 The future of cross-linking is here: today, we per

Getting the introduction to confocal scanning and

Very proud and happy to perform the first-ever cor

We are very proud to announce the arrival of the v

Join us on April 3 for the latest in keratoconus m

Last weekend, I was invited by Guillermo Amescua f

Excited to speak about the latest in CXL technolog

Greetings from the RIO meeting in Cairo. In a few

End of the 15th International CXL Congress. We had

Dr. Pietro Rosetta, one of the cross-linking pione

CXL at the slit lamp – full house in both wetlabs.

A few hours left until the start of the largest in

Another successful wetlab on CXL at the slit lamp

Corneal cross-Linking at the slit lamp in Algeria.

Busy schedule at the “Congrès de la vision” i

I am very honoured and thankful for the opportunit

Very honoured to giving (in 60 minutes) the Whitne